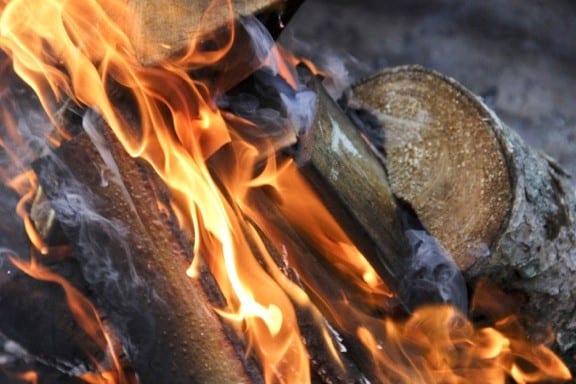 As the weather starts to get warmer with the arrival of May, you might be feeling the itch to get outside and enjoy the sunshine. Whether you have a summer camping trip planned or just can’t wait to spend the night in the backyard, a cozy campfire probably sounds wonderful.

Be careful, though. If your campfire gets out of hand, you can do some serious damage to the surrounding area – damage that can result in criminal charges. Stephen Posniak had to learn this the hard way.

Young pine trees are just now starting to grow taller than citizens around Ham Lake. Over 75,000 trees were planted in the area after a forest fire burned through 118 acres along the Gunflint Trail in 2007.

Minnesota had not seen a more destructive fire since 1918.

The fire was accidentally started by Stephen Posniak, a retired federal employee and outdoorsman who was camping in the area on May 5. He started a paper trash fire and allegedly left it alone without completely putting it out.

The fire quickly spread and burned for over a week. When asked about the incident, Posniak lied to U.S. Forest Service officers about his whereabouts. He said he was camping around Cross Bay Lake, and had first encountered the fire while it was already burning.

Investigators dug deeper, however, and traced the fire’s origin back to Posniak’s trash fire. Because of this, he was arrested and charged and faced up to five years in prison. We will never know if Posniak would have been found guilty or acquitted of his charges, because he took his own life before a final decision was made.

Arson and Campfire Laws in Minnesota Forgetting to extinguish a fire in Minnesota is a huge deal, and an accidental fire can happen to anyone. Just look at Posniak. He had years of experience dealing with fires and still may have been responsible for the most destructive blaze in our state in almost a century.

Even if a fire looks like it’s out, stray embers can still get caught by the wind and spread outside of the campsite. According to reports, the wind played a major factor in the spread of the Ham Lake fire.

Minnesota law specifically addresses the maintenance of starting and putting out a campfire, requiring campers to:

Minnesota law also requires forest officers, conservation officers, and peace officers, to properly extinguish an unattended fire and pursue action against the persons who started (and failed to extinguish) the fire.

Failing to extinguish a fire before it endangers other people or property is a misdemeanor crime. Charges will get more serious, potentially becoming felonies, if the offender lies to authorities about starting the fire, or if the incident is considered “arson.” According to Minnesota law, “Whoever unlawfully by means of fire or explosives, intentionally destroys or damages any real or personal property” commits arson.

There are five degrees of arson in Minnesota. Fifth degree arson is a misdemeanor, and offenders may face up to 90 days in prison or $1,000 in fines. First degree arson is a felony, and offenders may face up to 20 years in prison and up to $35,000 in fines. The charges depend on the amount of property that was damaged in the crime, and what flammable or explosive materials were used to start the fire.

Arson charges, or charges related to failing to extinguish a campfire, can happen to anyone. If you find yourself facing these types of charges, reach out to a Minnesota criminal defense lawyer immediately.